Ever wondered where that stunning backdrop to Daniel Craig’s rest & recuperation in the film ‘Casino Royale’ was? Well, the name’s Como, Lake Como!

As a destination, it certainly grabs the attention of hundreds of thousand’s of visitors each year and it’s not surprising why? Over many centuries & up until now, a world of visitors has admired and enjoyed the regal beauty of Lake Como. Its fame began with the Roman civilization and is never more widespread than today. Two thousand years of adulation have not spoiled it one bit! Many original & luxurious lakeside Villas, framed by a picturesque landscape of lake & mountain, give Lake Como its unique ambiance. Celebrity stars attracted by the intimate, private locations; regularly fly into Milan, only 50km away. 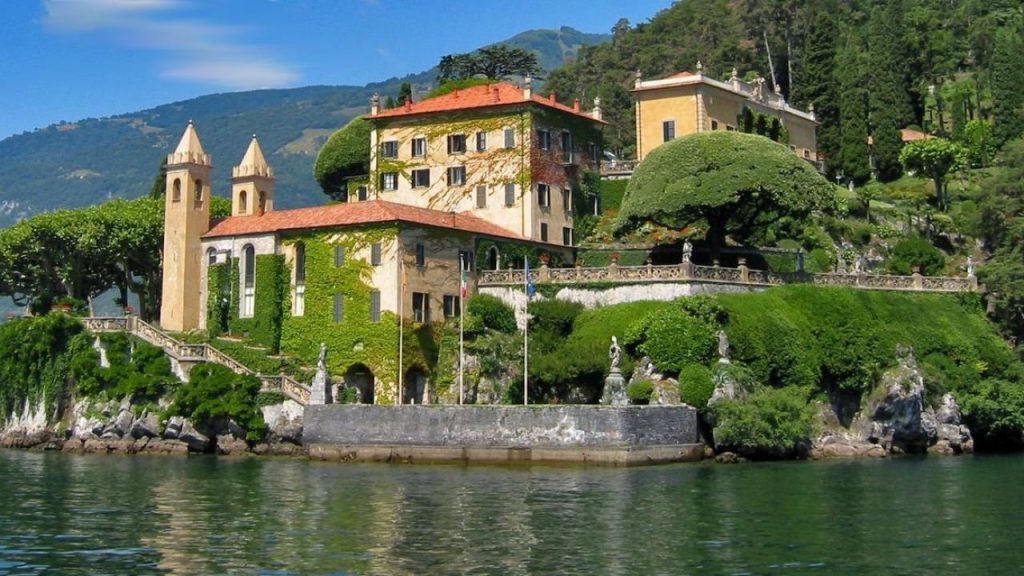 Villa del Balbianello is one of the most famous Villas on Lake Como and has probably more photographs published than any other Lake Como or even Italian Villa! In the spring of 2006, the outdoor scenes of the movie Casino Royale were filmed in front of this Villa and the same Villa can be seen in Star Wars, “Attack of the Clones” & “A Month by the Lake”.

Villa Balbianello, was constructed by Cardinal Angelo Maria Durini at the end of the XVIII century, at the end of the Lenno peninsular cascading down to the lake, virtually opposite the town of Bellagio. Its most recent private owner, the explorer Guido Monzino, who was the first Italian to reach the summit of Everest. He was an avid collector of African, Chinese and pre-Colombian art, together with valuable English and French furniture from the 1700’s. This can now be seen in the small museum & in his house with at the Villa. The Villa is now owned by Fondo per L’Ambiente Italiano (FAI), a private, non-profit trust.

To read more about this villa, please visit their website.

Villa Erba in Cernobbio is used for residential congresses and business exhibitions. In 1986, the heirs of the Visconti family sold the Villa and the surrounding land to a public consortium. Villa Antica forms the centre of this development and has a dome with three wings branching out to accommodate other conference & event requirements.

The Villa and complex sit in a century-old park which is known for its old trees and the remarkable collection of azaleas, hydrangeas & colourful flowerbeds. Riding a bike through the park is a possibility due to its size which also makes it perfect for larger cultural & sporting events (check website calendar of events). The park also has private moorings & a helipad.

To read more, please visit the website of Villa Erba.

Villa Carlotta famed for its amazing display of Rhododendron & Azalea’s.

Villa Carlotta has over 70,000 sqm’s of gardens and a museum. Popular in photographs of Lake Como, this large Villa was built at the end of 17th century by the Marquis Giorgio Clerici from Milan. The Villa has had various owners and uses, being sold on to a politician, Gian Battista Sommariva in 1801, it became famous around Europe amongst the aristocracy. Flush with art and visitors, it attained celebrity status.

On the death of the owner, his heirs sold the Villa to Princess Marianne of Nassau, Albert of Prussia’s wife, who gave it as a present to her daughter Carlotta on occasion of her wedding to George II of Saxen-Meiningen. Hence the name and is now know as “The Villa Carlotta” The gardens of Villa Carlotta are famous for the Rhododendron & Azalea display in Springtime. But well worth visiting at all times of the year (check opening times) to see the abundant selection of plant specimens such as Camellias, old Cedars & Sequoias, the Rock Garden, Ferns Valley & the Bamboo Garden.

To read more about this Villa, please visit their website. 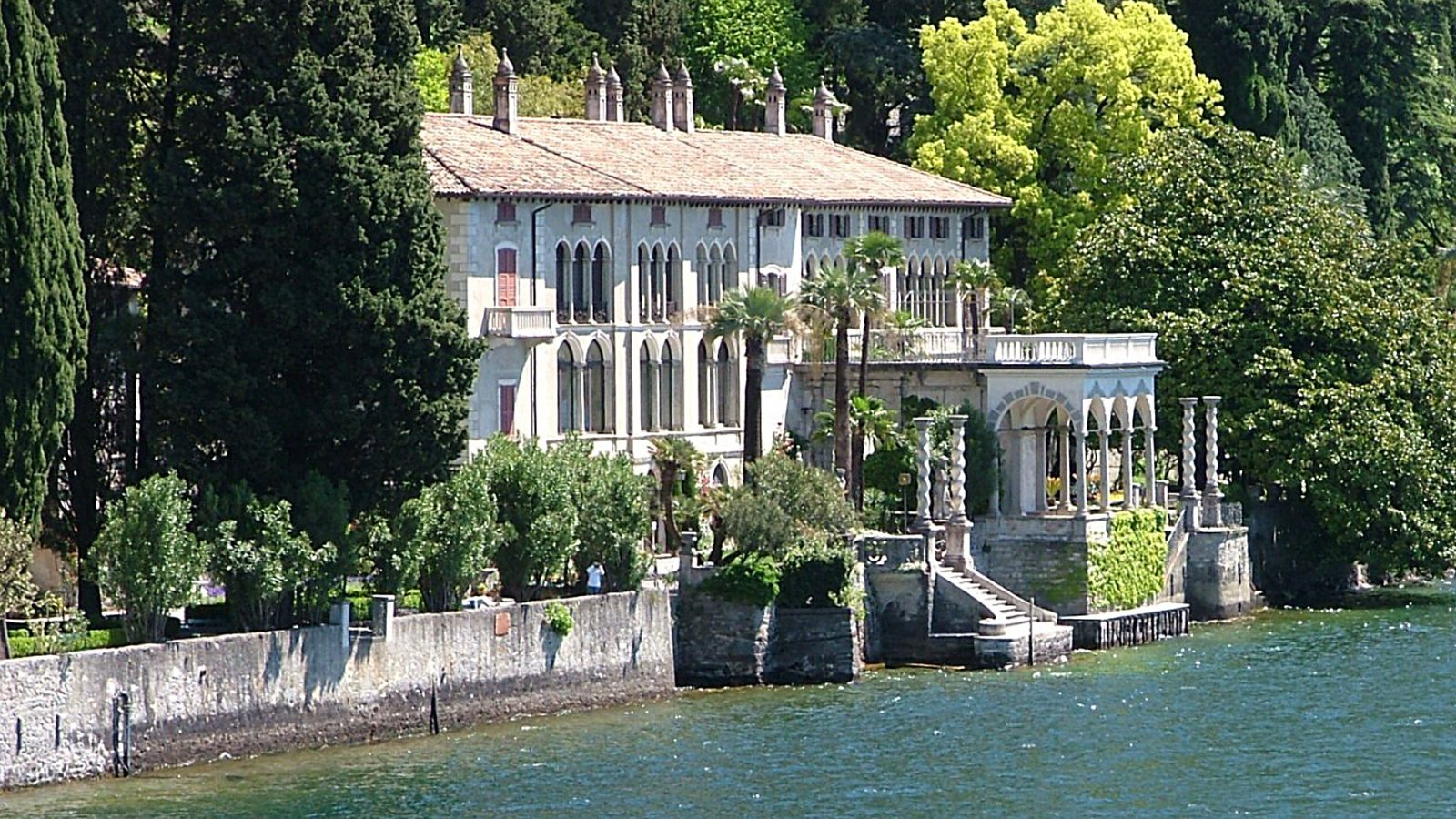 Villa Monastero in Varenna, was built on the ruins of a Cistercian convent and has wonderful lakeside gardens. There is a Villa Monastero Foundation which was founded in Lecco and is responsible for the development of the Villa into an educational, research, conference and congress location. The Villa dating from the late 19th century, as with many lake side Villas, continually requires maintenance and reparation. This wonderful Villa undertook substantial restoration work in recent years and is now a wonderful place to visit. The foundation’s aim was to combine the congressional activity with a viewing of the more important historical elements and gardens. Tours of the Villa are available and recommended.

To read more, please visit the website of Villa Monastero 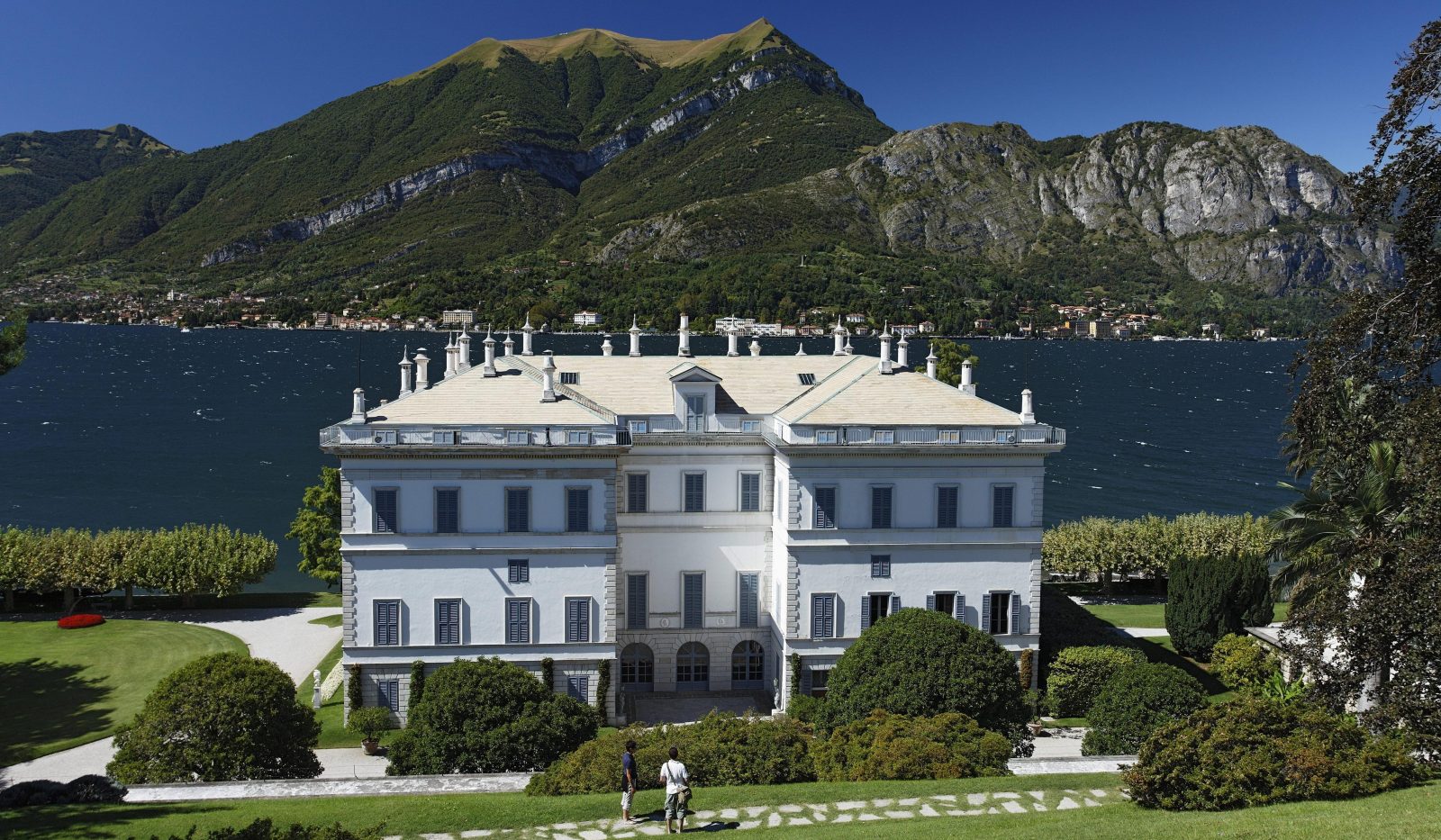 Villa Melzi in Bellagio has wonderful gardens that reach the shores of Lake Como but also reach back into the hillside overlooking the Lake. There is a Japanese garden displaying many varieties of maple, Moorish statues occupy a blue & white monument building, flower beds, rock gardens, all with wonderful view of the lake. The Villa itself combined with the old Chapel and the orangery is now a neo-classical style museum and known internationally, visited by many of the tourists to Bellagio.

The Villa was built in 1810 for Francesco Melzi d’Eril (1753-1816), the Duke of Lodi and Vice President of Italian Republic. The Villa was the brainchild of the architect Giocondo Albertolli (1742-1839) who was recognised as a leader in neo-classic architecture. This Villa has simple clean lines which accentuate the surroundings. White columns flank the landing stage in front of the villa and enhance the classical style of the house when viewed from the lake.

To read more about this Villa, please visit their website. 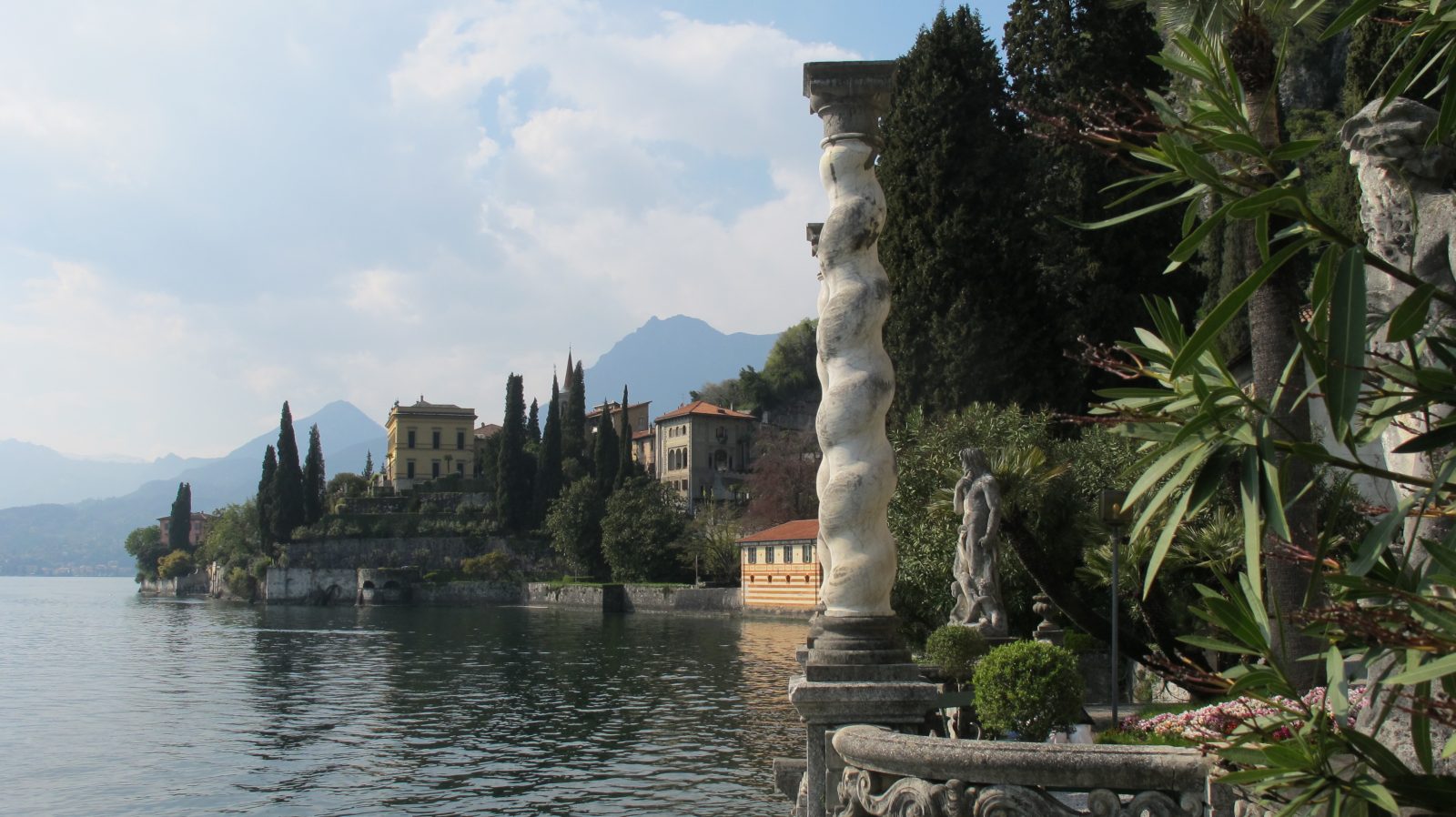 Villa Cipressi in Varenna, now a hotel and a popular wedding venue.

Villa Cipressi (named after the Cypress trees) is a Villa complex with lakeside gardens in Varenna. The Villa is also a hotel run by the Cofathec Group which keeps the building in accordance with the historical and architectural guidelines laid down by the local municipality of Varenna who acquired the Villa in 1980.

Although the Villa is not that old (late 19th century), the actual land has been the property of a number of well known “Italian” families for a thousand years; the Serponti family (1163), Baron Isimbaldi (end of the eighteenth century), the Andreossi family, Sir Astley and Sir Salton (early 20th century). Guests of Hotel Cipressi can visit the century-old botanical gardens with impressive tiered terraces, spilling into the lake. To read more, please visit the website of Villa Cipressi.